Most mutual funds are bad. Some aren’t but banks and fund managers are encouraged to keep you in the dark. Let’s shine some light on the issue.

The status quo method of investing is a pile of crap

You walk into your bank, tell them you want to start investing and they sit you down with a ‘special advisor’ who inevitably convinces you to buy into one of the bank’s mutual funds. It has performed well and the fees sound ‘pretty low’. Then off you go trusting your bank advisor until 20 years later you add up the numbers and see that the deal wasn’t so amazing after all.

What went wrong you ask? You trusted your bank. They make money off of you. Don’t trust them for an unbiased opinion about where to put your money.

There is one big flaw in the recommendations they are going to give you. Your money is managed by someone at the bank. They recommend their special mutual fund because the bank gets to charge fees to manage your money and while this may sound reasonable it really is horrible for you. The bank’s special mutual funds are bad.

I’ll walk you through just how destructive the ‘small fees’ are that banks and other financial institutions charge and how to avoid them.

The way the fees work is that every year that fee gets siphoned off your investment regardless of how the year went.

To start with let’s make the example simple. Let’s say we invest $100,000 in both mutual funds and they both perform as well as the market average before the fee gets taken off.

Obviously if you pay a higher fee you’ll end up with less money. What’s not so obvious is how gigantic this effect really is.

2% of what? It’s worse than you think

So after all of this, you still may be thinking – who cares. I can live with $100,000 less if someone else does all the thinking and all the work.

That 2% fee is secretly even bigger than that, and there’s a tricky reason for that. Every year you pay 2% of your entire investment. You’re not giving away 2% of your earnings, you’re giving away 2% of EVERYTHING you own EVERY YEAR! If you are following the 4% rule…you are losing half of that 4%! That has huge impacts on your life.

Say you saved up $100,000. Good job you! That’s the secret to success. That was probably hard work. Would it scare you to realize that the case where you are only $100,000 behind is the best case scenario?

But wait, it gets worse! Mutual funds are very bad

The part where most mutual funds get really bad is that you can’t count on your fund going up nicely every year, but you can definitely count on the fund managers taking their fees like clockwork. This is very bad when things aren’t going great.

That fee is going to get taken whether you make any money or not and every year that you make less than “a lot”, it will be a bigger and bigger chunk of your earnings. Let’s see what this looks like with the ultimate realistic model, the actual market returns for the last 20 years. Spoiler alert, the negatives of the fees get much worse since the past 20 years weren’t quite so stellar.

In the end this ends up being brutal. After 20 years of market ups and downs you end up missing out on 60% of the earnings (an extra $70,000) you would have had with a small fee fund. I certainly think missing out on $70,000 of earnings on a $100,000 investment is a colossal difference.

So ‘small’ fees add up a surprising amount. That’s a reason mutual funds are bad but why do these high fee funds exist if they waste so much of your money? Are there upsides to buying them? Your friendly sales person in front of you will tell you there are…but there aren’t.

It’s worth it? No…This is the tricky part of why mutual funds are bad

The sales person in front of you will tell you that their fund is special. They charge a 2% fee because they have the brightest investment team working diligently to maximize your investment.

The fruits of their labor will far exceed the 2% they are siphoning off. For a measly 2% you get the best team and their expertise. They will likely even have some chart showing why it’s so great. That’s well worth the fee, right?

Historically speaking, it’s not. To be honest, I find this insane but you won’t make back the money that you pay in fees for that team of investors. There have been hilarious bets on it and Standard and Poor’s tracks 10,000 funds staffed with active investor teams and reports on how they do every year.

The magic that is low-fee index funds

The low, 0.1% fee funds puts a happy little robot in charge of the investments who typically just tries to track the market average and does a good job of it. Robots don’t command high salaries or demand bonuses so the fees are able to stay low. This special combination of things is called an index fund.

Then since the robot does track the average, 84% of the time it will outperform your highly paid investment team. Finally, as a cherry on top, performing as well as the market average makes retirement planning very easy, leaving you more brain power to figure out how to save your money.

Maybe you’ve been convinced that this one’s different, this one’s a winning investment team. But statistically, 5 out of 6 are losers compared to index funds. Only 1 in 6 of those mutual funds with bigger fees will beat that robot so I hope you are feeling lucky.

How to find a diamond in the rough

Every sales person will tell you their special fund is a winner, and you won’t know any better until it’s too late. I have no idea how to find the winners ahead of time and the sales person doesn’t either. They know how to get commissions though and that’s with your help.

The special high fee mutual fund will undoubtedly have some compelling info about how this fund is better than the 84% of mutual funds with teams that fail to beat the robot but most mutual funds are bad…don’t get tricked.

Your special team won’t be around long anyways

I have nothing against mutual fund managers in general. They’re working with the same information everyone else is, and they’ve done enough positive thinking affirmation to believe they’re worth it. But finding a good investment team takes a lot of research just like going and buying individual stocks.

I think it’s likely possible to find a good team but it really isn’t worth it when there is an 84% failure rate and a better alternative by a happy little robot.

Even assuming you are super motivated to do this, if you do happen to find some awesome team, it’s likely going to be different people the next year. According to a Compdata 2018 survey the finance industry has an 18.6% turnover rate. One fifth of your awesome team, which you probably didn’t actually find anyways, is going to disappear every year.

Which one of those people was the important one? Since they change so often you’ll be stuck researching teams over and over again to attempt to follow the best people around. 84% failure rate and 100% not worth it.

What are your odds of finding a consistent team? About Zero. Remember MOST mutual funds are bad.

On top of that, just because a fund did well in the past, doesn’t mean it will in the future. The same study by Standard and Poor’s from before looks at the top-performing mutual funds every year:

So let’s see. The odds that your mutual fund will underperform the market average is 84%. If you happen to choose a winner, it likely won’t be a top performer again. By my calculation, your chances of consistently beating the market average with the bank’s recommended fund is so close to zero that it’s definitely not worth the risk or the effort.

If you’re going to be risking that much, that you might as well just go rogue and have some fun picking your own stocks. I don’t recommend you actually do this, but it would be more entertaining.

So what can you do?

Okay let’s recap. Most mutual funds not only underperform the market but also take a big piece of your earnings pie. The alternative – low fee index funds run by happy little robots.

They are incredibly easy to setup, consistently do better than most mutual funds and always have low fees. That sounds pretty good to me, my brain power is already taken up by preparing for some lengthy travels so I could do with a few easy things in life. Adventure here I come!

See you on the FIRE escape, 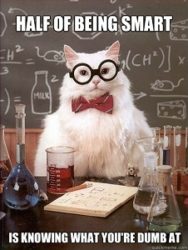 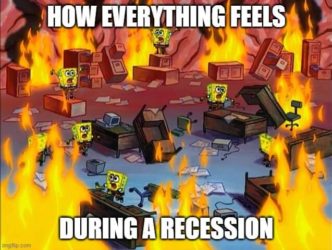 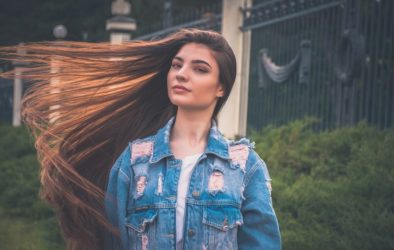 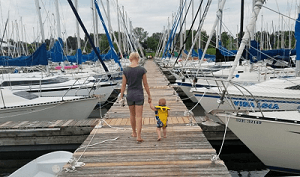